Visa Shares Are Moving After Hours: What’s Going On?

Visa Inc (NYSE: V) shares are volatile in Tuesday's after-hours session after the company reported its

Visa said third-quarter revenue increased 19% year-over-year to $7.28 billion, which beat the $7.06-billion estimate, according to data from Benzinga Pro. The company said its strong revenue results were driven by year-over-year growth in payments volume, cross-border volume and processed transactions.

“Consumers are back on the road, visiting various corners of the world, resulting in cross-border travel volume surpassing 2019 levels for the first time since the pandemic began in early 2020,” said Alfred Kelly, chairman and CEO of Visa.

The stock initially jumped on the report before reversing and turning negative. Visa shares were down 0.49% in after-hours at $211.02 at press time.

By Benzinga Insights
Shares of Healthcare Services Group (NASDAQ:HCSG) were unchanged after the company reported Q2 results. Quarterly Results Earnings per share fell 58.06% over the past year to $0.13, which missed the estimate of $0.30.

Why Bitcoin- And Ethereum-Related Stock Marathon Digital Is Rising

By Henry Khederian
Marathon Digital Holdings Inc (NASDAQ: MARA) shares are trading higher by 8.3% at $21.43 Friday morning after Jefferies initiated coverage on the stock with a Buy rating and announced a $51 price target. 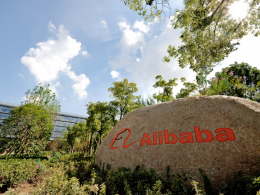 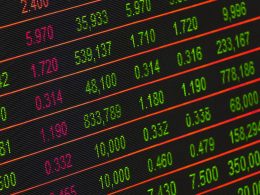 By Benzinga Insights
Gainers Oblong (NASDAQ:OBLG) stock increased by 11.9% to $0.33 during Monday's after-market session. At the close, Oblong's trading volume reached 104.3K shares. This is 50.3% of its average volume over the last 100 days. The company's market cap stands at $10.1 million.