Grayscale Vs. SEC: Court Schedules Hearing For Conversion Of Bitcoin Trust To ETF

The District of Columbia Court of Appeals has scheduled a date to hear oral arguments in Grayscale's lawsuit against the Securities and Exchange Commission's (SEC) decision to deny the conversion of its Grayscale Bitcoin Trust (OTC: GBTC)

The District of Columbia Court of Appeals has scheduled a date to hear oral arguments in Grayscale’s lawsuit against the Securities and Exchange Commission’s (SEC) decision to deny the conversion of its Grayscale Bitcoin Trust (OTC:GBTC) to an exchange-traded fund (ETF).

The hearing is set to take place on March 7, at 9:30 a.m. ET, and will give both sides the opportunity to present their case to the court.

Grayscale originally expected the hearing to begin in the second quarter.

“We previously anticipated oral arguments to be as soon as Q2 2023, so having them scheduled to begin on March 7 is welcome news,” the company stated in a tweet.

Grayscale initiated its lawsuit against the SEC in June 2022, after the agency denied its application to convert its Bitcoin trust, commonly known as GBTC, into an ETF.

The company had decided to pursue the ETF, which would be backed by actual Bitcoin rather than Bitcoin derivatives, after the SEC approved ProShares’ futures-based Bitcoin ETF in October 2021.

This has been a major setback for Grayscale, as an ETF would have provided a more accessible and regulated way to invest in Bitcoin.

The crypto market has been going through a rough period in 2022, with challenging macro conditions and the collapse of several major players in the industry such as Terra, Three Arrows Capital, Celsius, Voyager, and FTX.

Read Next: Binance ‘Made A Mistake’ By Mixing Customer Funds With Collateral Assets: What Investors Need To Know By Benzinga Newsdesk
Piper Sandler analyst Edward Tenthoff maintains Poseida Therapeutics (NASDAQ:PSTX) with a Overweight and lowers the price target from $19 to $9. 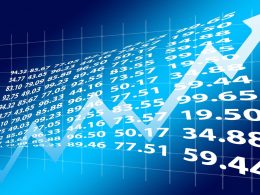 By Benzinga Insights
Alcoa (NYSE:AA) has outperformed the market over the past 10 years by 8.52% on an annualized basis producing an average annual return of 19.37%. Currently, Alcoa has a market capitalization of $8.90 billion.

By Benzinga Newsdesk
Citigroup analyst Brian Downey upgrades Ovintiv (NYSE:OVV) from Neutral to Buy and raises the price target from $34 to $43.

By Anusuya Lahiri
Reuters reports that one of Synopsys Inc’s (NASDAQ:SNPS) customers has resorted to artificial intelligence software to increase chip power efficiency by…