U.S. equities saw a choppy trading session on Wednesday as the tech-heavy Nasdaq Composite, S&P 500 and Dow Jones Industrial Average fell slightly by a few percentage points. Investors were seen weighing the latest series of fourth-quarter reports, most notably from iconic firms such as Boeing and Microsoft. Meanwhile, many other stocks drifted sideways as the day unfolded, leaving traders on the lookout for the next shift in sentiment.

“Bitcoin is continuing to trade in a roughly $1,000 range between $22,300 and $23,300 and is down a little over 1% so far on the day. Under the circumstances, we’re seeing decent resilience with sentiment elsewhere turning more negative. Considering the gains that preceded it as well, the longer it can hold onto them, the more confident the crypto community will feel in its sustainability and be tempted back in. Of course, that’s all headline-dependent, which has been less of a headwind recently,” said Edward Moya, a senior market analyst at OANDA, in a note seen by Benzinga.

Moya added, “Bitcoin is lower as a broader selloff on Wall Street has a lot of traders entering into de-risking mode. The January stock market rally might be over and that could drag crypto lower here. Bitcoin could be vulnerable to a dip towards the $20,000 level if the tech-driven selloff on Wall Street intensifies over the next couple of days.” â€‹

Crypto analyst Michaël van de Poppe said he would be interested in buying Bitcoin at two levels: $23,093 which he calls “crucial resistance to break’ and $21,410.

Levels I’d be interested to buy for #Bitcoin. pic.twitter.com/9gmSm4GxCW

Kaleo, a pseudonymous analyst, said he has never been so bullish on Bitcoin in his life. The analyst believes the current rally is about to accelerate rapidly and the price will reach the $40,000 – $45,000 range within several weeks. However, Kaleo is not expecting a new all-time high (ATH). Instead, he predicts consolidation in the same range for a few months before the price retraces back to the mid-to high-$20,000 later this year. “Just really do believe we’re [due] for a massive god candle sometime in the near future,” the analyst added.

I don’t think this rally leads to new ATHs (more likely top out and distribute in the $40K – $45K range for a couple of months before retracing back to the mid to high $20Ks later this year), but I really think it’s about to accelerate rapidly.

By Benzinga Newsdesk
Morgan Stanley analyst Toni Kaplan maintains S&P Global (NYSE:SPGI) with a Overweight and lowers the price target from $390 to $388. 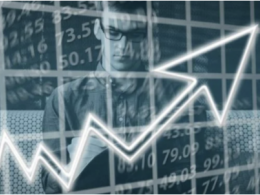