Shares of these Chinese companies ended on a similar note in the U.S. markets overnight.

In the U.S., the Dow Jones index closed 0.64% higher after another bumpy session.

The report added that policies such as waiving taxes would bolster demand for new energy vehicles and stimulate the used-car market.

Company In News: JPMorgan is doubling down on Alibaba, JD, and other Chinese tech stocks amid easing regulatory crackdown, valuation, and supportive macroeconomic policy measures that pose positive catalysts for these stocks.

Jack Ma‘s Ant Group, in which Alibaba owns a one-third stake, is likely to apply to The People’s Bank of China to become a financial holding company.

German automaker BMW (OTC:BMWYY) has started production at a new $2.24 billion electric vehicle plant in Shenyang, China, as it looks to take on Tesla Inc (NASDAQ:TSLA), Nio, and other fast-growing local EV rivals. 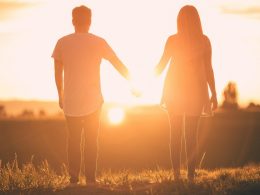 Is Now The Time To Buy Stock In Bumble Or Match Group?

Cryptocurrency Litecoin Up More Than 3% In 24 hours