Ukrainian photojournalist Maksim Levin and his soldier friend Oleksiy Chernyshov were "executed in cold blood" by Russian troops, according to an investigation.

Ukrainian photojournalist Maksim Levin and his soldier friend Oleksiy Chernyshov were “executed in cold blood” by Russian troops, according to an investigation.

What Happened: An investigative report by Reporters Without Borders (RSF) says Levin, who was killed during the first weeks of the Russia-Ukraine war, was likely tortured before being executed.

“The evidence against the Russian forces is overwhelming,” the press freedom group said.

See Also: Is Vladimir Putin Terminally Ill? This Is What Kremlin Spokesman Has To Say

Levin, who was a longtime contributor to news agency Reuters, was found dead on April 1, along with his friend Chernyshov, in a forest around 12 miles outside Kyiv – long after they went missing on March 13.

The group said the evidence suggests that the pair “were executed in cold blood by Russian forces, probably after being interrogated and tortured, on the day they went missing.”

Investigators also recovered bullets from the crime scene, which according to them, are commonly used by the Russian forces.

Levin is among at least eight journalists that the Russian Army has killed since President Vladimir Putin ordered the invasion of Ukraine on February 24, according to RSF’s tally.

The report concluded two possible scenarios in Levin’s case, including the possibility that the journalist and his soldier friend were shot after being spotted by Russian forces. Another being, the pair may have been intercepted in their car and interrogated and tortured thereafter — with Chernyshov perhaps even burnt alive. 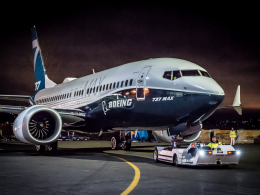 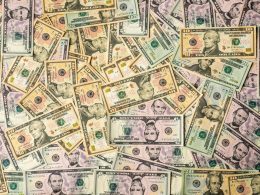 By Samyuktha Sriram
Popular YouTuber Patrick Shyu has landed in hot water after being called out by the crypto community for allegedly orchestrating a pump and dump scheme.

By Benzinga Newsdesk
Deutsche Bank analyst George Hill maintains CPSI (NASDAQ:CPSI) with a Hold and lowers the price target from $35 to $33.