US Congressman Says FTX Was ‘A Failure Of Centralized Finance And A Failure Of Sam Bankman-Fried’: Why It’s Important

Instead of calling for more regulation, a leading member of the U.S. Congress is looking for answers to the recent issues facing the cryptocurrency market.

Instead of calling for more regulation, a leading member of the U.S. Congress is looking for answers to the recent issues facing the cryptocurrency market.

What Happened: Rep. Tom Emmer (R-Minn.) was on Fox Business, as reported by Decrypt, and during the interview said, “This is not just a failure of FTX. It’s a failure of centralized finance and a failure of Sam Bankman-Fried.”

Emmer called out SEC Chairman Gary Gensler in many of his comments, citing the working relationship between Gensler and Bankman-Fried.

“They were working with Sam Bankman-Fried and others to give them special treatment from the SEC that others aren’t getting.”

Emmer asked where Gensler was on investigating firms such as Voyager, Celsius, Terra Luna and FTX. Emmer suggested Gensler was instead going after “good actors” in the cryptocurrency community while working out “backroom deals” with people that aren’t doing good actions in the space.

Emmer said this was not an issue of regulating the entire cryptocurrency industry.

Why It’s Important: Emmer was recently appointed as the Majority Whip for the House of Representatives and is an influential voice for the Republican Party.

Emmer’s comments came as other members of Congress were calling on Fidelity Investments to reverse a decision for 401 (k) plans to have exposure to Bitcoin (CRYPTO: BTC).

Sen. Elizabeth Warren (D-Mass.) has been outspoken recently calling for increased regulation of the cryptocurrency industry as a result of the FTX bankruptcy.

Emmer has been a supporter of cryptocurrency and was one of the first candidates to accept donations in Bitcoin.

While speaking at VeeCon earlier this year, Emmer voiced his opinion of a hands-off approach to cryptocurrency regulation by the government.

“This is going to happen with or without government,” Emmer said. “I want all of you to stay here and prosper here.”

Read Next: 7 Members Of Congress Who Trade Crypto 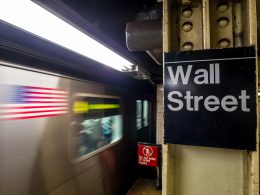 By Wayne Duggan
The SPDR S&P 500 ETF Trust (NYSE: SPY) traded higher for the fourth consecutive week as investors got some more good news on the inflation front. 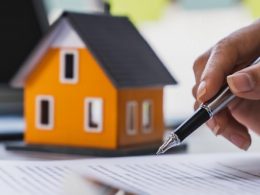 Homebuilders Are Throwing Money At Buyers At A Furious Pace Just To Close A Sale, Data Finds

By AJ Fabino
Homebuilders are increasing incentives just as they did before the COVID-19 pandemic to entice potential buyers of newly constructed homes amid slowing sales. These factors include rising mortgage rates, increased pricing and shifting consumer perception.