Donald Trump received a legal boost on Thursday after Florida federal judge Aileen Cannon issued an order extending the time for the review of materials seized from the former president’s Mar-a-Lago estate.

Donald Trump received a legal boost on Thursday after Florida federal judge Aileen Cannon issued an order extending the time for the review of materials seized from the former president’s Mar-a-Lago estate.

What Happened: The Trump-appointed judge also overruled some procedures proposed by the Brooklyn, New York-based special master in the case of the documents — senior U.S. District Court Judge Raymond Dearie, who was appointed by her at the request of the former president, reported Politico.

Cannon’s latest order means that a slower timeline will be followed for the document review conducted by the special master and her handling of any objections to the rulings made by Dearie would extend into the new year, according to the report.

The Florida judge rejected Dearie’s plan to require Trump to make clear at the outset whether the inventory of seized materials, made by the U.S. Federal Bureau of Investigation, is accurate.

Dearie’s proposal to split documents into sets and handle objections on a rolling basis was also axed by Cannon. Instead, Trump’s side must say which documents are subject to the attorney-client privilege or executive privilege by one specific date — most likely to arrive in early November, reported Politico.

Why It Matters: On Thursday, Trump’s lawyers opposed Dearie’s orders to verify the list of seized items and stated their belief that the special master didn’t have the authority to require such a filing.

Dearie had asked Trump’s team to make the filing by Oct. 7, while the lawyers said the volume of the documents made it difficult for them to hire an outside vendor for the purposes of uploading and hosting the documents.

Previously, the U.S. Court of Appeals for the 11th Circuit allowed the Department of Justice to resume its probe into the classified records obtained from Mar-a-Lago striking down a denial from Cannon’s courtroom.

Trump had praised Cannon on Truth Social as “brilliant and courageous.” The social media platform is owned by Trump Media & Technology Group (TMTG), which is set to go public through a merger with Digital World Acquisition Corp. (NASDAQ:DWAC). 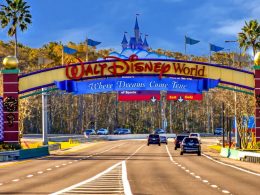 The Happiest Place On Earth If You Can Afford It: Disney Theme Park Tickets Will Now Cost You Even More

By Chris Katje
One of the leading theme park companies in the world has seen its revenue recover after the lifting of COVID-19-related restrictions and park shutdowns.