As the tech industry continues to shed jobs by the thousands, a business professor is sounding the alarm on the dangerous consequences of following the herd.

As the tech industry continues to shed jobs by the thousands, a business professor is sounding the alarm on the dangerous consequences of following the herd.

Companies like Amazon.com, Inc (NASDAQ:AMZN), Google’s parent Alphabet Inc (NASDAQ:GOOG) (NASDAQ:GOOGL), and Meta Platforms Inc (NASDAQ:META) are engaging in a disturbing trend of “social contagion,” said Stanford Graduate School of Business professor Jeffrey Pfeffer. He explained that the layoffs are made not based on actual need, but because others are doing so.

These layoffs aren’t just bad for the bottom line, according to Pfeffer, they’re a matter of life and death.

“Layoffs increase the odds of suicide by two and a half times,” the professor said in an interview with Stanford. “This is also true outside of the United States, even in countries with better social safety nets than the U.S., like New Zealand.”

Pfeffer argues that these “social contagion” layoffs not only kills people, as research has shown that they can increase the mortality rate by as much as 20% over 20 years, but they also don’t improve a company’s performance.

For example, Google, which laid off 12,000 employees this week, gave laid-off employees six months of health insurance, paid vacations, 2022 bonuses and 16 weeks of salary, and two weeks of pay for every additional year of employment at Google.

The professor said that companies that have not announced layoffs in tandem with their peers could end up gaining market share over time. Pfeffer cited the layoffs in the aftermath of the terrorist attacks on Sept. 11, 2001, in which every airline except Southwest Airlines Co (NYSE:LUV) saw sweeping layoffs.

The tech industry layoffs are not an indication of a tech bubble bursting or a recession, but rather a bad decision based on imitative behavior, he argued.

As an example, Microsoft Corp (NASDAQ:MSFT) recently announced that it will lay off roughly 10,000 employees — while recent reports indicate the tech giant is investing $10 billion in OpenAI’s ChatGPT.

Pfeffer argues that if companies paid attention to the extensive evidence against layoffs, they could gain competitive leverage by basing their decisions on science.

Read next: Microsoft A Bright Spot In ‘Dark Storm’: Why Wedbush Says All Eyes Will Be On Cloud Giant After The Bell 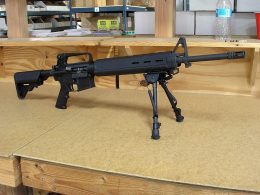 By Vandana Singh
The U.S. Senate has approved a bipartisan gun violence bill in response to the run of brutal mass shootings. The measure would toughen background checks for youngest gun buyers and keep firearms away from more domestic violence offenders.

By Benzinga Newsdesk
Kintara Therapeutics, Inc. (NASDAQ:KTRA) ("Kintara" or the "Company"), a biopharmaceutical company developing novel cancer therapies for patients who are failing, or are resistant to, current

By Madhukumar Warrier
Tesla Inc. (NASDAQ: TSLA) wants Robyn Denholm to continue as the chair of its board of directors, even as CEO Elon Musk is on the verge of being eligible to take up the role.