Kenneth Griffin, who began trading stocks in his Harvard dorm in 1987, is the founder, CEO and co-CIO of Citadel Advisors.

Kenneth Griffin, who began trading stocks in his Harvard dorm in 1987, is the founder, CEO and co-CIO of Citadel Advisors.

In 2002, Griffin established Citadel Securities, now one of the leading market makers in the world.

During the GameStop (NYSE:GME) short squeeze fiasco, Griffin was questioned by Rep. Brad Sherman (D-California), over whether online brokers like Robinhood Markets (NASDAQ:HOOD) get the best deals for their clients by sending customer trades through Citadel Securities.

In November 2021, Robinhood and Citadel Securities won the dismissal of a meme stock lawsuit that alleged the firms were colluding and the market maker pressured brokerages to restrict trades.

Here are two dividend paying energy stocks in which Citadel Advisors has increased its position.

Also Read: Biden The Master Oil Trader? Crude Drops Below $80 And US Government May Earn Windfall On Emergency Reserves, Relieving Pain At The Pump

Phillips 66 (NYSE:PSX) is offering a dividend yield of 3.46% or $3.88 per share annually, utilizing quarterly payments, with a notable track record of increasing its dividends for three consecutive years. Phillips 66 has been in business for more than 140 years and is a diversified energy manufacturing and logistics company with unique businesses in refining, midstream, chemicals and marketing and specialties.

During the third quarter, Phillips 66 funded $466 million of dividends and $694 million of share repurchases, returning $1.2 billion to shareholders.

Citadel purchased over 2.4 million shares of Phillips 66 during the third quarter, increasing the fund’s stake by 195%. The hedge fund also owns roughly 10,377 in call options contracts and 24,501 put options contracts.

Chevron Corporation (NYSE:CVX) is offering a dividend yield of 3.05% or $5.68 per share annually, using quarterly payments, with an aristocratic track record of increasing its dividends for 35 consecutive years.

Chevron is the second-largest oil company in the United States and its production activities take place in North America, South America, Europe, Africa, Asia and Australia.

Bloomberg reported in March 2022 that Chevron has doubled its stock buyback plan to approximately $10 billion.

Read more: Want To Invest Like Kenneth Griffin? Here Is 1 Dividend Stock Citadel Has That Could Be A Nice Addition To A Portfolio

‘JPMorgan Is the First Bank Into the Metaverse, Looks at Business Opportunities’ -Coindesk.com 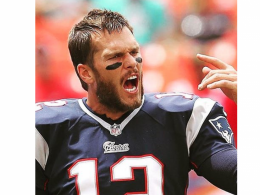 By Chris Katje
Tom Brady kicked off his 23rd season in the National Football League Sunday night with a 19-3 win over the Dallas Cowboys on Sunday Night Football, which aired on Comcast Corporation (NASDAQ: CMCSA)-owned NBC.

By Benzinga Insights
Imax (NYSE:IMAX) has outperformed the market over the past 15 years by 2.38% on an annualized basis producing an average annual return of 9.16%. Currently, Imax has a market capitalization of $866.67 million.

By Benzinga Newsdesk
Canaccord Genuity analyst Bobby Burleson maintains Beyond Meat (NASDAQ:BYND) with a Hold and lowers the price target from $80 to $50.