If You Bought Microsoft Stock Ahead Of The Conference Call, Jim Cramer Says You Are One Of The ‘Dumbest People’ He’s ‘Ever Seen’

Jim Cramer has long said to wait to hear from management on conference calls before buying names where guidance is held back.

Jim Cramer has long said to wait to hear from management on conference calls before buying names where guidance is held back. That advice could have saved Microsoft Corp (NASDAQ:MSFT) investors a good chunk of change following Tuesday’s quarterly results.

What Happened: Microsoft reported fiscal second-quarter earnings after the close on Tuesday and the stock surged higher taking several cloud names with it.

“We expect the business trends that we saw at the end of December to continue into Q3,” Hood warned.

Why It Matters: Cramer indicated that those who purchased shares before Microsoft’s conference call lack discipline.

“Those people who bought it ahead are some of the dumbest people I’ve ever seen,” Cramer said Wednesday morning during his first take segment on CNBC’s “Squawk Box.”

Everyone knows that the direction Microsoft shares ultimately end up heading hinges on comments from Hood each quarter, Cramer said.

“It’s stupidity, and yet it just keeps happening,” he emphasized: “I find it rather amazing that people could be so dumb continually.”

Dennis Dick, co-host of Benzinga’s “PreMarket Prep,” didn’t fall for the fakeout. He even took to Twitter to warn people ahead of the call.

“Remember that time $MSFT sold off on earnings and then reversed and went higher on the conference call. Keep that in mind tonight,” Dick said in another tweet ahead of the call. 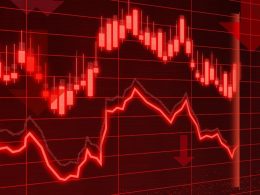 Why Purple Innovation Shares Are Falling

By Adam Eckert
Purple Innovation Inc (NASDAQ: PRPL) is trading lower Tuesday after the company said it anticipates full-year 2021 net revenue and adjusted EBITDA at the low end of the prior guidance ranges.