Alphabet Inc’s (NASDAQ: GOOGL) (NASDAQ: GOOG) Google is shutting down its consumer gaming service Stadia as it didn't gain traction with users, the company said in a sta

Alphabet Inc’s (NASDAQ:GOOGL) (NASDAQ:GOOG) Google is shutting down its consumer gaming service Stadia as it didn’t gain traction with users, the company said in a statement.

“A few years ago, we also launched a consumer gaming service, Stadia. And while Stadia’s approach to streaming games for consumers was built on a strong technology foundation, it hasn’t gained the traction with users that we expected, so we’ve made the difficult decision to begin winding down our Stadia streaming service,” Phil Harrison, vice-president and general manager, Stadia said in a blog post.

Read Next: Expert Ratings for Alphabet

Committed To Gaming: Google asserted that it remains deeply committed to gaming, and will continue to invest in new tools, technologies and platforms that power the success of developers, industry partners, cloud customers and creators.

Harrison explained the underlying technology platform that powers Stadia has been proven at scale and transcends gaming.

“We see clear opportunities to apply this technology across other parts of Google like YouTube, Google Play, and our Augmented Reality (AR) efforts — as well as make it available to our industry partners, which aligns with where we see the future of gaming headed,” he wrote in his blog.

“Players will continue to have access to their games library and play through January 18, 2023 so they can complete final play sessions. We expect to have the majority of refunds completed by mid-January, 2023,” it said.

Market Dynamics: Google’s decision to wind down Stadia comes at a time when other players have decided to try their luck in the market.

Joost van Dreunen, a lecturer on the business of games at the New York University School Stern of Business, told the Washington Post that Stadia’s death could be a big blow to cloud gaming’s future. “Stadia’s demise casts a shadow over the rest of the cloud gaming category by alienating the early adopters and calling into question what rivals like Amazon.com, Inc. (NASDAQ:AMZN) and Meta Platforms Inc (NASDAQ:META) can truly offer that is better or different,” he said.

According to research firm Parks Associates, more than 35 million U.S. internet households are interested in subscribing to a cloud gaming service, with demand growing to nearly 39 million households by 2024.

Tom Brady Launches Brady Brand: Can It Compete With Nike And Under Armour?

By Chris Katje
One of the most famous NFL players of all time is launching his own sportswear brand that will pay college athletes for their name, image and likeness and could take on larger rivals. 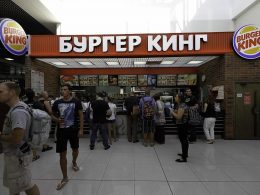 By Shivani Kumaresan
Restaurant Brands International Inc (NYSE:QSR) has started the process of disposing of its ownership stake in a Burger King joint venture… 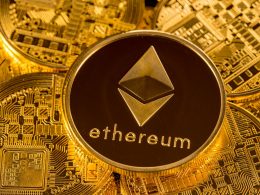 Ethereum Falls Below This Major Level; Here Are The Top Crypto Movers For Wednesday

By Lisa Levin
Bitcoin (CRYPTO: BTC), the world’s most valued cryptocurrency, traded lower, but remained above the $19,000 mark this morning.