On Friday, Las Vegas Sands Corp (NYSE: LVS) and Wynn Resorts Ltd (NASDAQ: WYNN) gapped up over 12% and 8%, respectively, off their Thursday’s closing price after

On Friday, Las Vegas Sands Corp (NYSE:LVS) and Wynn Resorts Ltd (NASDAQ:WYNN) gapped up over 12% and 8%, respectively, off their Thursday’s closing price after bullish news for the casino industry came out of Macau.

Until Friday, both stocks have been trading in steep downtrends with Las Vegas Sands plummeting about 50% and Wynn declining 45% since early March 2021 when the stocks looked to be rebounding from the March 2020 market crash caused by the onset of the COVID-19 pandemic.

Las Vegas Sands is currently trading down near its pandemic lows once again and Wynn has been unable to gain any traction to make a trend change. On Friday, however, the gap ups helped both stocks to confirm an uptrend on both their daily and weekly charts, which could indicate bullish sentiment will return to boost the stocks up over the long-term.

It should be noted, however, that events such the general markets turning bearish, negative reactions to earnings prints and negative news headlines about a stock can quickly invalidate bullish patterns and break outs. As the saying goes, “the trend is your friend until it isn’t” and any trader in a bullish position should have a clear stop set in place and manage their risk versus reward.

In The News: Las Vegas Sands and Wynn’s higher prices on Friday were propelled by the release of a new Macau gaming bill, which states the number of Macau gaming licenses will remain capped at six. The bill is sure to calm investors who felt weary the government may intervene or disrupt the current Macau casino industry.

The Las Vegas Sands Weekly Chart: During the weeks of Nov. 29 and Dec. 20, Las Vegas Sands printed and reacted bullish to a weekly bullish double bottom pattern and during the Dec. 27 and Jan. 3 traded mostly sideways to consolidate the move higher.

Want direct analysis? Find me in the BZ Pro lounge! Click here for a free trial. 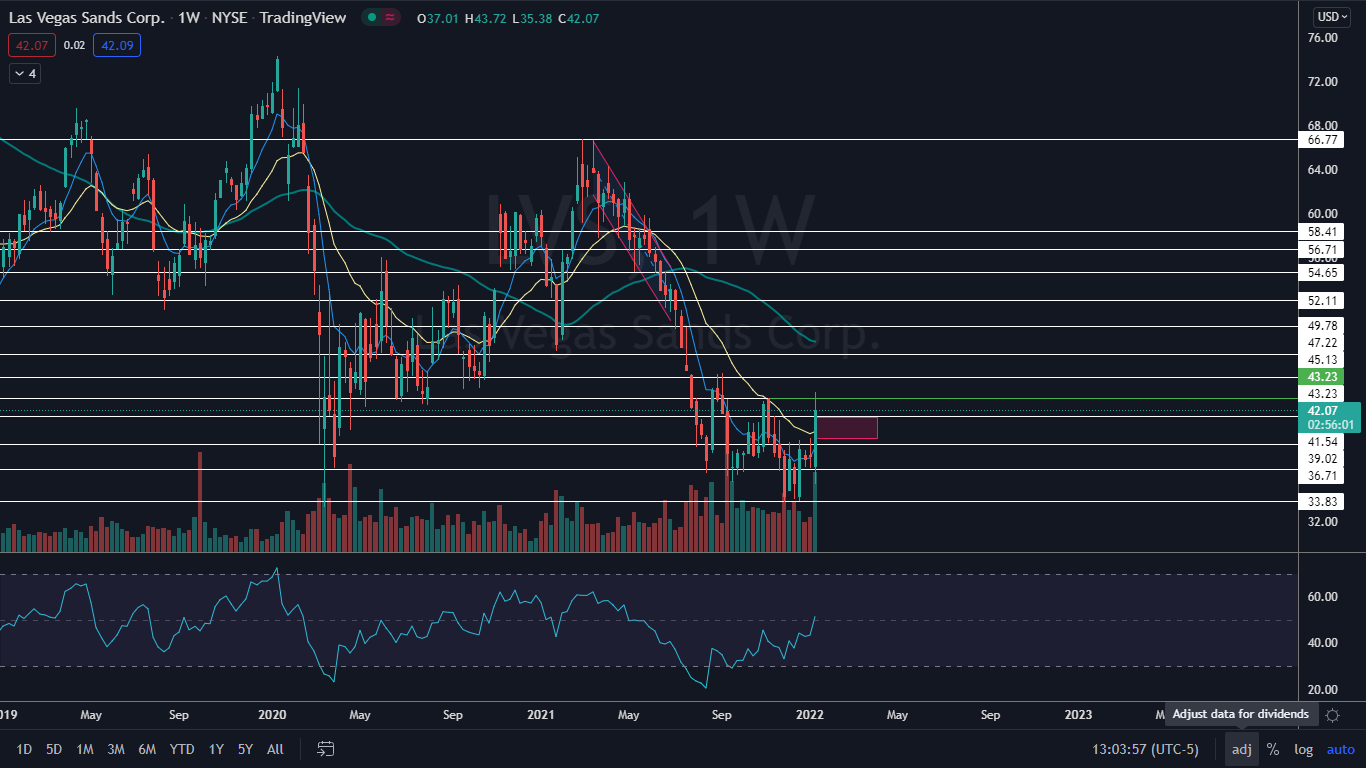 The Wynn Chart: Wynn has been trading in a weekly uptrend since the week of Nov. 29 but on Friday confirmed the trend was still intact by printing a higher high above the weekly Dec. 29 high of $90.49. 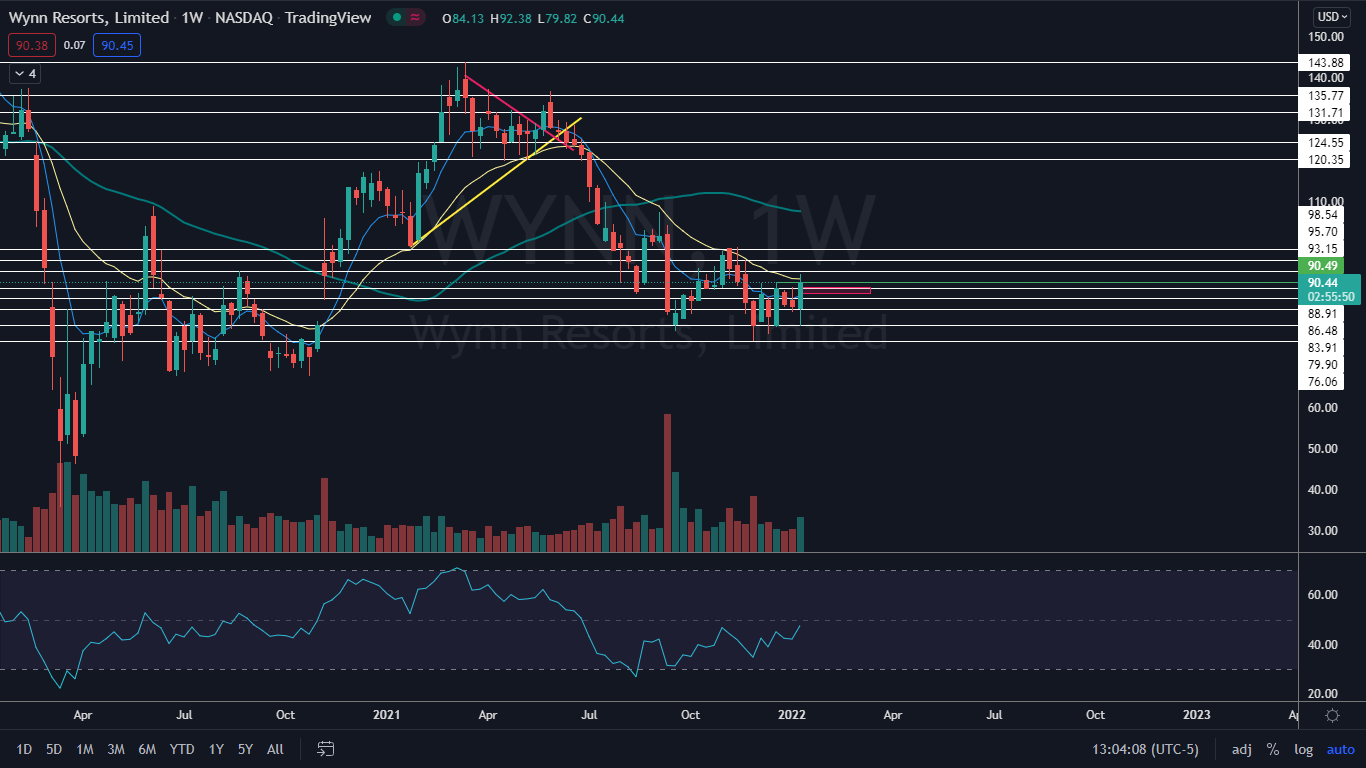 The SPY Flies Higher, Options Traders Look The Other Way

By Melanie Schaffer
The SPDR S&P 500 (NYSE: SPY) gave traders a scare on Friday when the ETF gapped down and closed the day almost 2% lower. The SPY made a bearish double top pattern on June 14 and 15 at a new all-time high of $425.46 and then fell in consolidation.

By Shanthi Rexaline
EV stocks had a fairly good outing on Wall Street in the week ending Aug. 27, with most advancing in the session. Here are the key EV-related news events that took the spotlight during the week:

See Why Cellect Biotechnology Stock Is Soaring During Premarket Friday

By Vandana Singh
Cellect Biotechnology Ltd (NASDAQ:APOP) announced the first ApoGraft transplantation in a Leukemia patient in a clinical trial in the U.S.  ApoGraft…

By Benzinga Insights
Shares of Rayonier (NYSE:RYN) saw some unusual options activity on Friday. Following the unusual option alert, the stock price moved down to $36.88.