Tesla Inc (NASDAQ: TSLA) is still Ark Invest's largest holding, and founder and CEO Cathie Wood remains as bullish as ever on the Elon Musk-led company.

Tesla Inc (NASDAQ:TSLA) is still Ark Invest’s largest holding, and founder and CEO Cathie Wood remains as bullish as ever on the Elon Musk-led company.

What To Know: Ark Invest’s success has been largely tied to Tesla, as Wood was an early supporter of the EV company. Ark spent most of last year trimming its Tesla position, but Wood has been buying Tesla stock again in recent months.

“It is our top holding still and our confidence couldn’t be higher,” Wood said Tuesday (Sept. 28) on CNBC’s “Squawk Box.”

Tesla represents a 10.68% weighting in Ark’s flagship fund, the ARK Innovation ETF (NYSE:ARKK). Zoom Video Communications Inc (NASDAQ:ZM) and Roku Inc (NASDAQ:ROKU) are the other two stocks in the fund with more than a 5% weighting.

Tesla has held up much better than most of the other stocks in the Innovation fund because it’s included in the broad-based indices now, Wood said. Ark has used Tesla as a trading vehicle because of its relative outperformance, but the firm remains extremely confident in the stock longer term.

“And we think Tesla is in the driver’s seat,” Wood said.

Related Link: Tesla Bounces Higher: Is The Stock Charged Up For Another Bull Cycle? Or Bracing For Downtrend?

BZ Pro Insights: In the company’s most recent quarter, Tesla produced more than 365,000 vehicles and delivered over 343,000, according to Benzinga Pro. 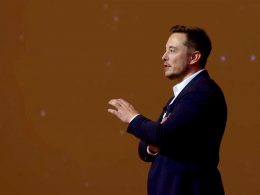 By Phil Hall
The world’s richest man is not happy over the billionaire tax proposal being floated as a means to finance the Biden administration’s “Build Back Better” infrastructure agenda. 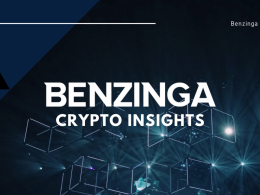 By Benzinga Insights
Pulled from Benzinga Pro here's the list of the top crypto gainers and losers at the time of publication: 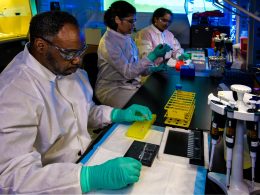 By Shanthi Rexaline
Biotech stocks reversed course in the week ending March 25, as an increase in risk appetite prompted traders to move money out of defensives and into risky bets.