Can Big Banks Can Survive A Recession? Here’s What Fed’s Stress Test Reveals

Big U.S. banks' strong capital levels equip them to continue lending to households and businesses during a severe recession, the Federal Reserve has revealed.

Big U.S. banks’ strong capital levels equip them to continue lending to households and businesses during a severe recession, the Federal Reserve has revealed.

What Happened:  All banks held capital above the minimum capital requirement even as they are expected to report an aggregate loss of $612 billion, the results of a Fed stress test showed on Thursday.

Losses of the large banks rose over $50 billion compared to the 2021 test. That included more than $450 billion in loan losses and $100 billion in trading and counterparty losses.

“Under stress, the aggregate common equity capital ratio – which provides a cushion against losses – is projected to decline by 2.7 percentage points to a minimum of 9.7 percent, which is still more than double the minimum requirement,” the Fed said.

Stress tests ascertain whether large banks are robust enough to support the economy during a recession.

The central bank noted that this year’s hypothetical scenario was tougher than in 2021. It included a severe global recession with substantial stress in commercial real estate and corporate debt markets.

Why It’s Important:  Apart from relaying a positive signal on the strength of the nation’s banking system, the results also mean big banks are now free to do capital distributions and discretionary bonus payments.

By Benzinga Newsdesk
Associated Capital Group (NYSE:AC) reported quarterly earnings of $0.07 per share. This is a 74.07 percent decrease over earnings of $0.27 per share from the same period last year. The company reported $2.11 million in 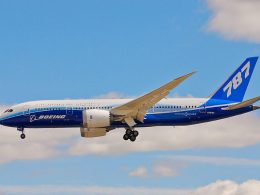 By Akanksha Bakshi
Boeing Co (NYSE:BA) has informed key airlines and parts suppliers that 787 Dreamliner deliveries will begin in the second… 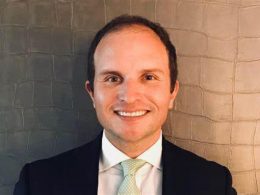 By Lara Goldstein
After a prosperous Miami event this past April, the Benzinga Cannabis Capital Conference will take place in Chicago on September 13-14. As always, the meeting will host leading executives and investors who will talk about the industry’s present and future.

Could Under Armour’s Stock Be Positioned For Significant Upside Ahead Of Earnings?

By Adam Eckert
Baird added Under Armour Inc (NYSE: UAA) to its positive fresh picks list Monday. The firm called it a catch-up trade and announced it sees $30 upside potential for the stock.