China has asked its central government agencies and state-backed corporations to replace all foreign PC hardware and operating systems with domestic alternatives within two years, Bloomberg reported on Friday, citing people familiar with the plan.

What Happened: The Chinese government, which has been regularly barring certain products from procurement lists to promote Chinese items, told the staff of state-owned firms to turn in foreign PCs for inhouse Chinese alternatives, according to the report.

The move is one of the most aggressive pushes by Beijing as part of its decade-long campaign to replace imported technology with local alternatives due to rising privacy concerns.

The report added that the order would extend to provincial governments later.

Read Next: China Lockdowns Could Evolve As A ‘Demand Problem’ For Apple, Says Analyst

By Benzinga Insights
Someone with a lot of money to spend has taken a bearish stance on Applied Materials (NASDAQ:AMAT). And retail traders should know. We noticed this today when the big position showed up on publicly available options history that we track here at Benzinga. 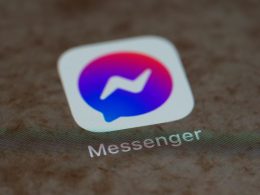 By Shanthi Rexaline
Meta Platforms, Inc. (NASDAQ: FB) has brought in a user-friendly feature to its Messenger app for iOS and Android users.

By Bill Haddad
Evoqua Water Technologies (NYSE:AQUA) reported quarterly earnings of $0.12 per share which beat the analyst consensus estimate of $0.08 by 50 percent. This is a 100 percent increase over earnings of $0.06 per share from