Each trading day features hundreds of headlines and press releases on Benzinga Pro, a source for traders to see the latest news on the overall market and individual tickers. Here is a look at the most-searched-for stocks on Benzinga Pro in the month of April.

Each trading day features hundreds of headlines and press releases on Benzinga Pro, a source for traders to see the latest news on the overall market and individual tickers.

Here is a look at the most-searched-for stocks on Benzinga Pro in the month of April.

Thanks to the announcement that Elon Musk was interested in acquiring social media platform Twitter, a new stock topped the Benzinga Pro ticker searches for the month of April.

Twitter took the top spot away from the SPDR S&P 500 ETF Trust, which topped searches in each of the first three months of 2022.

Musk announced he was acquiring the social media platform for $54.20 per share. Since then, Twitter shares have traded lower over concerns that the deal will be approved. Twitter will likely be a top-searched ticker during the acquisition approval process.

Electric vehicle company ranked second for the fourth straight month on Benzinga Pro searches. Tesla reported first-quarter financial results in April with the announcement it had record revenue, deliveries and profits to start the year.

Tesla likely saw its ticker get increased interest in April thanks to the announcement Musk was buying Twitter.

See Also: Previous rankings for the months of January, February and March.

The ETF that tracks the S&P 500 previously ranked as the top-searched ticker for the past three months on Benzinga Pro. The SPDR S&P 500 ETF Trust ranked third in April and saw continued interest with the market trading down in the month with high volatility.

New to the top-searched tickers in April was Sunshine Biopharma, a company working on anticancer compounds, nutritional supplements and a COVID-19 treatment. Shares of Sunshine Biopharma have risen significantly in 2022 and were recently profiled on Benzinga in an exclusive interview.

Semiconductor company NVIDIA fell slightly in April after ranking third in searches in February and March. NVIDIA is one of only three stocks to rank in the top-10 searches on Benzinga Pro in each of the first four months of 2022.

A leading ETF that tracks the Nasdaq 100 Index was the second ETF to rank in the top 10 for searches in 2022. The ETF ranked ninth in January and February for searches before dropping to the honorable mention section (11th to 20th place).

With several large technology companies reporting quarterly results in April, the ETF was a trending ticker.

Consumer products company Aterian saw strong interest in April as a mentioned short squeeze candidate. The stock has ranked first on the Fintel short squeeze leaderboard for several weeks in April and May.

Electric vehicle small cap Mullen continued to position itself among the most searched tickers in 2022 on Benzinga Pro. The company joined the leaderboard ranking fourth in March and now falls slightly to eighth place in April.

Cannabis company Tilray was the ninth top searched ticker on Benzinga Pro in April after previously ranking outside the top 10 in each month for 2022.

Semiconductor company Advanced Micro Devices remained in the top 10 in the tenth position. The company ranked ninth in March and sixth in February after previously ranking in the honorable mention in January.

Honorable Mention: The following tickers ranked as the next 10 most searched tickers on Benzinga Pro for the month of April.

Key Takeaways: Outside of Twitter jumping from unranked to first place in April, the biggest storyline might be Apple dropping out of the top 10. Apple ranked third in January and came in fifth place in both February and March. The tech giant fell to 12th place in searches for the month of April.

Moderna and AMC also fell out of the top 10 after ranking seventh and eighth, respectively, in the month of March.

Several large companies such as Microsoft Corporation (NASDAQ:MSFT), Ford Motor Company (NYSE:F) and Amazon.com, Inc. (NASDAQ:AMZN) have only ranked in the top 10 of stock tickers searches for one month.

By Adam Eckert
ISpecimen Inc (NASDAQ: ISPC) is trading higher Tuesday on continued upward momentum after the company announced it has been contracted to support new advanced research on COVID-19 seeking insights on its transmissibility, variants, outcomes and testing validity among multiple population segments.< 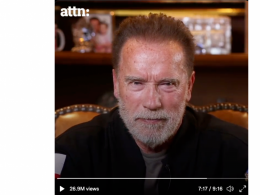 ‘Your Lives, Your Limbs, Your Futures Are Being Sacrificed For A Senseless War,’ Arnold Schwarzenegger Reaches Out To Russian Soldiers And People

By Chris Katje
Arnold Schwarzenegger is well-known as an actor and politician. The actor’s video about the Russia-Ukraine conflict could increase his visibility as someone pleading for world peace. 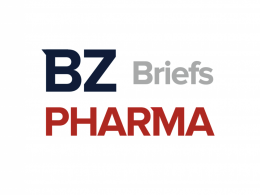